Hello all! I'm new to the forum and just wanted to reach out with an inquiry. I recently purchased a sporterized 1917 Eddy Stone for deer hunting and general shooting. does anyone have any suggestions on the best ammo they've seen go through these rifles? I've seen good things about greek surplus and the federal fusion rounds. Any suggestions would be greatly appreciated!!!
Top

Best sure fire at 75-80 cents per round. Prvi Partizan .30-06 Springfield 180 grain SP. You do not have to pull the tips for hunting like FMJ surplus. They also have FMJ.
To old to fight and to old to run, a Jar head will just shoot and be done with you.
Top

Eddystone is one word. I went to the Eddystone High School near where the rifles were made.
Top

Here is a nice write up of the factory & rifle. I have a P14 Eddy.
https://www.remingtonsociety.org/the-st ... eddystone/

This book is great and here is the Eddy portion excerpt
https://www.gunsamerica.com/digest/mils ... odel-1917/

My dad got Grand pa's Winchester WW I US m1917 he snaked away with and chopped it in 1950 for a hunting rifle. It is an accurate rifle. Not worth much due to the sportizing. I wish it was intact. Dad took many a deer down in Northern WI. It was a yearly pilgrimage for all the post WW II uncles and aunts that lasted into the 1990s when they got too old. I use it as a target rifle, But love my P14s also. I like a British P14 or US M1917 over my single 03 Springfield.
To old to fight and to old to run, a Jar head will just shoot and be done with you.
Top

I too got a 1917 Eddystone sport job. The stock was nicely done by a wood craftsman back in the day. Luckily no metal bits were upset, so I can return it to mil spec at my leisure. PAX
Top

Back in the day I used to be able to get Federal Power Shok 30.06 ammunition pretty cheaply and always found it to be very accurate in my surplus rifles. Since you mentioned hunting, I would try both the 150 gr and the 180 gr versions of Power Shok.

Edit: I found some old pictures (around 10 years old) of one of my Smith Corona 03A3's, including a group that I shot with Federal 180 gr Power Shoks. Rifle has an astounding bore that measures less than "0" on the CMP gauge.

@ 100 yards. I shot 5 rounds, but could only find 4 holes. Possible that the fifth round went through the cloverleaf, or that I pulled it to the left...the gun was grouping pretty close to the left edge of the target. 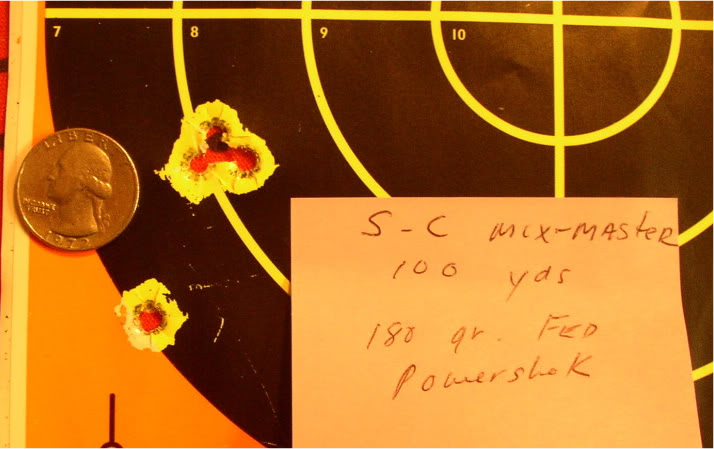 I found an example of a group I shot with a sported SC 03A3 more recently using the 150 gr Federal Power Shoks...

I shot 6 rounds of the 150 gr Powershock@ 100 yards. I pulled the #3 shot, but the rifle groups really well with the Redfield sight and the Power Shoks.

This rifle has the 6 groove barrel

I've got a 1903A4 that some yaahoo sporterized. They did a nice job, however, and I was able to glom it for a great price, given its heritage.

I shot it fairly recently with some Federal Power Shok 150 gr, which the rifle seemed to like. I made two scope adjustments (first hit was far right), adjusted the scope (fired two more, which impacted left of the first shot), made another adjustment and fired a five shot group. As you can see, I've had pretty good luck with PS's in my surplus 1903's 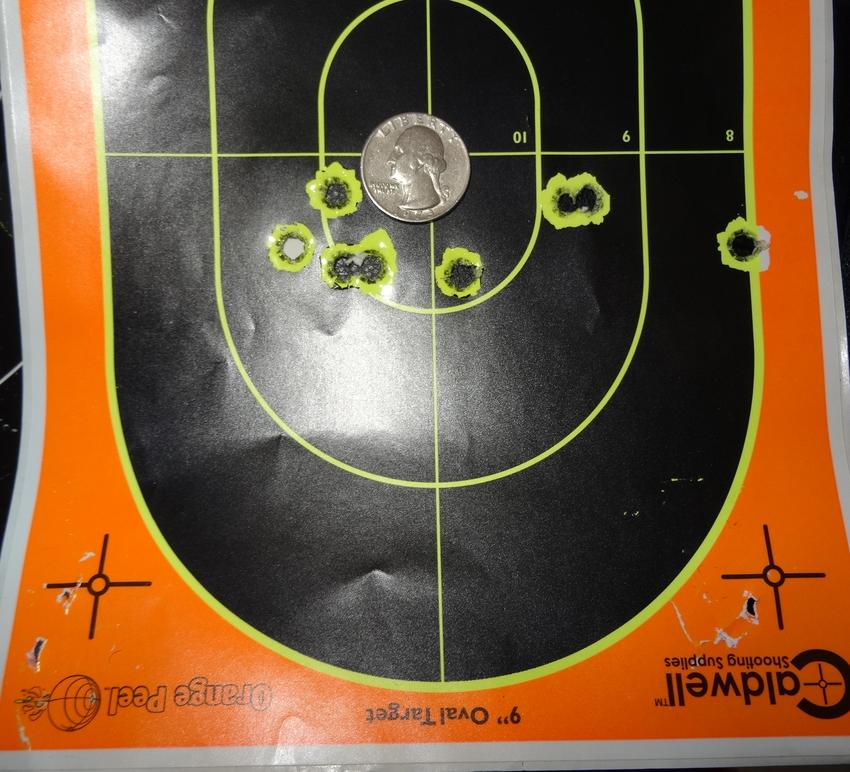 awesome. thanks everyone that replied!
Top

In reality the amount of lands on an original 1917 barrel is 5. A 150 gr. bullet will most likely shoot best in them as this is what the system was designed for, 150gr flat base bullets. The do not shoot boat tails well.
Top
Post Reply
10 posts • Page 1 of 1