Recently picked up a walnut stocked K31. The grain in the stock called to me, although I'm having some difficulty capturing the striping in all it's glory with pictures.

I can see why you grabbed it, that stock is stunning
Life is tough, tougher if your stupid

I've always loved Swiss rifles for their accuracy and precision. My first two milsurps were Big5, beech-stocked K31's. The beech stocks were chewed up, as many of the beech stocks are, but those rifles could shoot amazingly well and my sons and I used them with some success at the military matches at Sac Valley.

The walnut stocks always seem to be in much better shape, prettier, and this one was prettier than average.
Top

That carbine is a very nice one, congratulations!
Top

I got to the range a few weeks ago and shot the K31 with some GP11 Swiss surplus. This thing shoots as good as it looks.

I started out shooting at the target "pumpkin on a post" because my experience has been that military rifles frequently shoot high at 100 yards. In this case, it was pretty close to being right on. The "pumpkin on a post shots" proved that the rifle was close on elevation, so I tried shooting at the red bullseye. The group was much smaller, which, I guess, proves the adage "aim small, miss small".

The very first shot is the one at about 8 o'clock in the 8 ring. The 5 at the bottom were the "pumpkin on a post" shots, The small group above the red dot in the center were aimed at the red dot, so the rifle is shooting a bit high...maybe correctly for a target that is at 100 yards rather than 100 meters.

Target is a 12" reactive 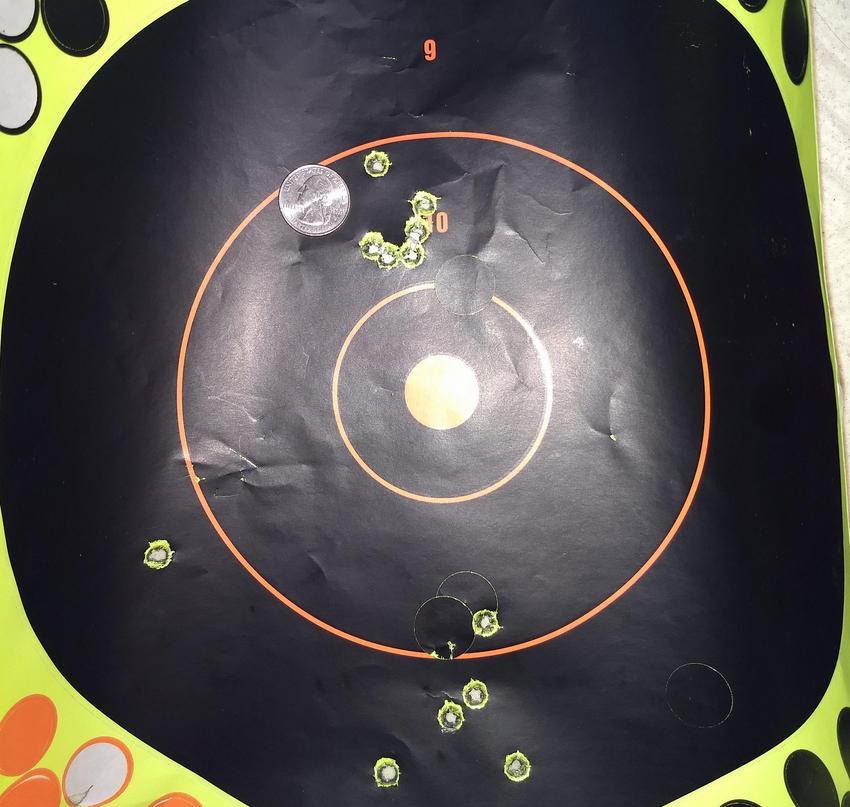 What was the original finish on military K31s?
Top

Shellac on the beech stocks, linseed oil + turpentine on the walnut stocks.

Good. Mine is still original then. Mine is beech.
Top
Post Reply
14 posts • Page 1 of 1