Jumped on the bandwagon..bought a 81 Beretta

Jumped on the bandwagon..bought a 81 Beretta

Every now and them a deal comes into focus that is just too good to let pass by.
A large number off Italia Police issue Beretta 81 and 81BB have come into this country. The pistol is a very well made .32ACP 12 shot double stack.
for the price of a hand picked, extra magazine and shipping it would be hard to beat the deal.
I like the .32 ACP pistols for their accuracy and cheap-to-shoot fun.
I opted for the original model that does not have the drop-hammer safety as the 81BB does.
I found an accessories dealer that has the original holster as new for under 20 bucks with shipping.
Don't let this deal slip passed you. Where else are you going to buy a very good or better Beretta pistol of under 210 bucks?
Tin Can Sailor
'Nam Vet
NRA Endowment Member
President New Mexico Military Surplus Rifle Pistol Shooters
Top

I knew you had to have one of those little sweeties.

What took you so long???
Top

I have the Beretta 86 in 380 ACP, which is the tip-up barrel version. One of my favorites to shoot. I even took on bowling pins at 75 yds and either knock them down or scare them. The 86 is a rare one, and the idea that you could get anything like it for $210 is an equally rare bargain. I'm on it like stink on sh##.
Frequently wrong, never in doubt.
Top

I just read on a Beretta forum that you can change the caliber to .380 ( 9mm Kurtz) by replacing the barrel and magazine ( or bend the magazine lips)
How cool is that?
But, I like .32 ACP as a shooting cartridge. There are loads using a heavy bullet of 80 grains or more that will equal the .380 cartridge.
I found an original leather police holster for next to nothing and ordered ordered one.
Tin Can Sailor
'Nam Vet
NRA Endowment Member
President New Mexico Military Surplus Rifle Pistol Shooters
Top

I couldn't resist either. Mine has the bluing worn on the front 3/4 on both sides of the slide where it contacted the holster. Aside from that, the frame is in really nice shape, as are the barrel and internals. I'm amazed at how many of these have been imported lately--Classic, AIM, and a few others have been selling them like crazy. I've even noticed a few of my favorite vendors have sold out of .32 ACP. Great to see this great old cartridge get such a boost in popularity. Rob's right--just over $200 for these made it a no-brainer!

It's like having a little brother for my M9. Except that little brother is quite a bit older so the analogy doesn't quite fit but I'm sure you guys appreciate where I'm coming from. The 81 is a thick little sucker--I suppose that is what helps makes the grip so comfortable.

The pistol showed up at the dealer today. One day shipping! I had him open the box to make sure there was the 2ND magazine. There is. He then said the pistol looks to be like new! It's a 70 mile trip to him so I'll pick it up after lunch tomorrow. There are dealers closer to me but he does not charge me for the transfer.
I'll post photos as soon as I can. Not knowing the condition off the pistols internals, I may have to put it in my ultrasound tank to clean out the 40 year old grease/oil
I've loaded up a few hundred rounds of .32ACP to try out this Saturday at the range.
Somewhere in the mail is a new,original holster. Not to wear, just to have it as the pistol was carried by the Italian Police.
Tin Can Sailor
'Nam Vet
NRA Endowment Member
President New Mexico Military Surplus Rifle Pistol Shooters
Top

Rob you found a good deal to get that 2nd magazine! I think these were carried a lot and shot little. The internals on mine are virtually pristine--bore included. Unfortunately my nearby indoor range just closed shop--supposedly a new owner will be taking over so hopefully it won't be shuttered for too long. As a result I haven't been able to try mine out yet. I want to find a surplus holster for mine--just as all my military rifles need a sling, I can't abide a pistol without a holster.
Top

I got the pistol today at the range. And the pistol was brand new unfired after it was made! There was not a mark on the feed ramp to the breech. Not a mark on its frame surfaces to be found. The magazine has no scratches on it anywhere and the follower in bright and shiny with no signs of a cartridge ever being slid over it.
The used magazine is a 9/10 scale. Slight handling marks and the follower does show cartridges have been slid over it surface.
The pistol shoots 2" high with my cast bullet loads at 25 yards. I shot 100 rounds through it today and photographed two of my ten shot rapid-fire groups.
I do not know what the Italian Police forces were issued in the way of ammunition?
And,now get this, I read to change the pistols caliber from .32ACP to .380 ACP all you do is change the barrel and magazine or bend the feed lips on the magazine to fit the fatter .380 cartridge.
That got me thinking. The .32ACP is semi-rimmed. .380 is a little larger in diameter at the base of the case. So there has to be built in tolerances to allow this conversion.
And there are. Much more than you'd think.
So, I took along a box of .32S&W ( wrong name SHORT) ammunition. Same bullet diameter and weight. Same case length. And guess what size the rim is? You got it. Very close to.380 rimless diameter.
I loaded up one round by hand. Slide closed and locked. Pistol fired,slide opened and ejected the fired case and locked open. Bullet hit dead on my sight hold.
Empty case was just off my 4 o'clock.
I then was able to load 9 rounds into the magazine avoiding rim-lock. I thumb released the slide and the pistol fired all the rounds with no problems what so ever. All fired cases had no bulging,scraping or any sings of a problem. The rim fully seals the breech just as the .32 ACP semi-rim does. The extractor is not overly extended as if it is under a lot of strain. A fired case can be put into the chamber and the slide closed. You still have room to pull the extractor even farther out.
The .32 S&W is only 2/3rds as powerful as the .32ACP. The pistol has no appreciable muzzle flip at all! Recoil is so gentile as to be almost not there.
Accuracy is just as good if not better than .32ACP! How cool is that? A true ".32 Short" for the .32 ACP.
The .32S&W has no practical reason what so ever being shot out of this pistol.Factory ammo is expensive and 25 yards is about the max range the bullet will match the sights before dropping like a cinder block. But is sure is fun to shoot.
Give it a try just for giggles.
Here are photos of the pistol and a few targets. All the targets were fired at 25 yards and rapidly. It's so hard to shoot this pistol slowly as the sights just stay close to the target for every shot taken. The slide cycles so quickly you just want to blast away. And I did.
The sights are well made and easy to see in daylight.You may want to Three-Dot them with paint if you are into rapid fire games from the at rest position.
If I have any complaint it is the brass is thrown to hell-and-back all over to your right.The last casing is thrown way to your rear at 5 o'clock and was always hard to find. Several went over ten yards away from me,
My double action trigger pull is at 11 pounds. Typical Police safety pull force. The single action trigger pull is 3 pounds! I love it. A little long until it breaks and re-set is so short of the release of the trigger that just crazy rapid fire can be done. And with almost no muzzle rise,the two make for a deadly shooting pistol.
Now add the new solid copper "Super-Cavitation" bullet moving at over 1,000 FPS and you have one formidable hand gun. ( check out the Youtube high speed test in ballistic gelatin and clothing. It exceeds FBI specs.)
Here is the pistol right out of the box. Feed ramp has no marks at all. 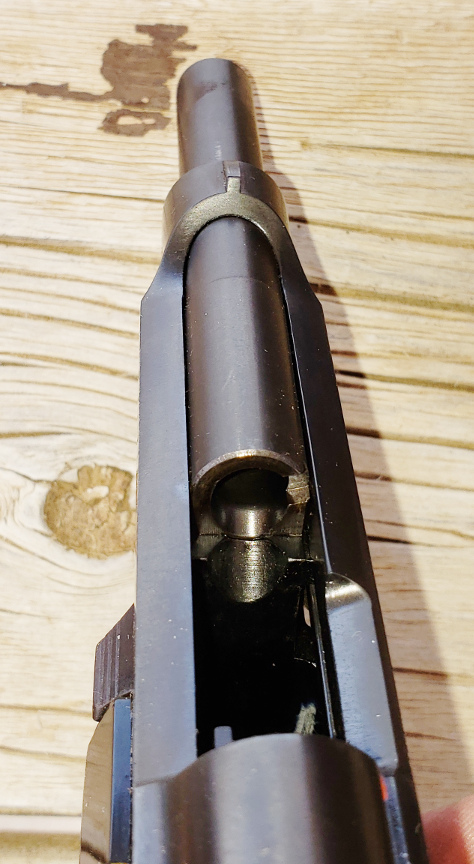 Right side on bench 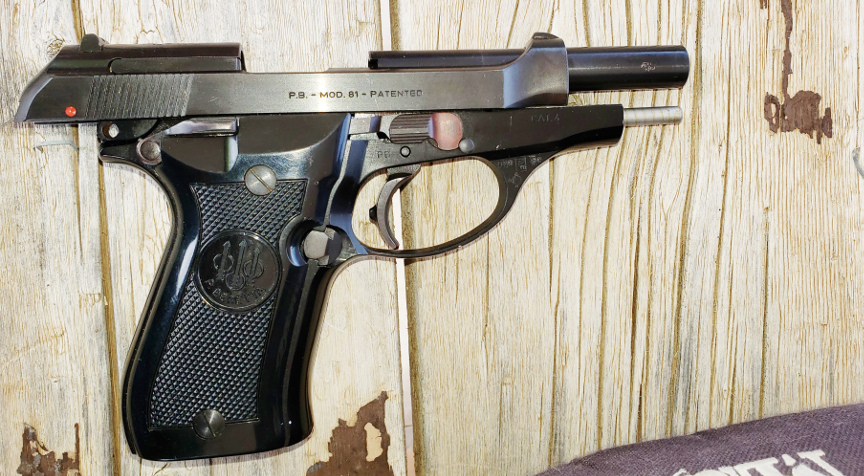 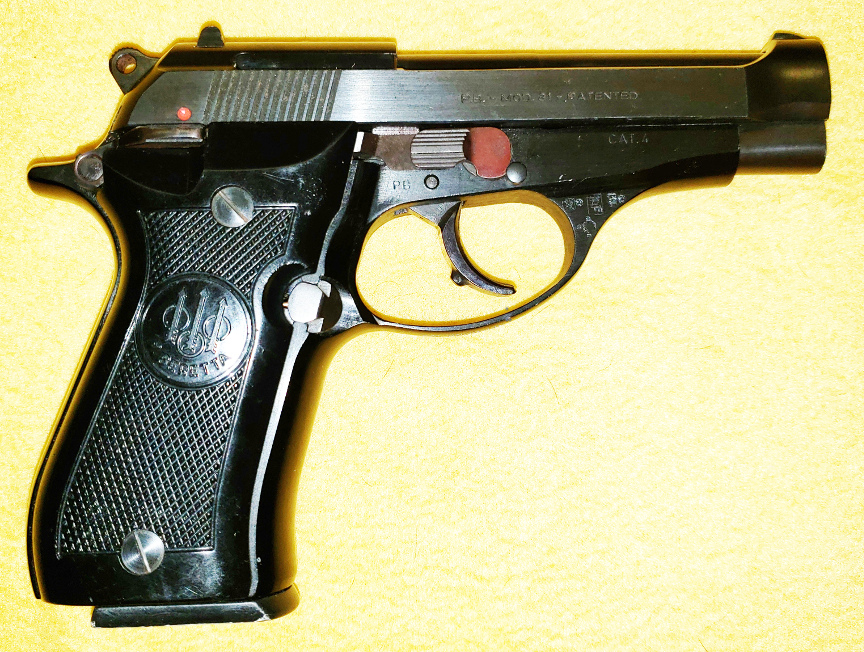 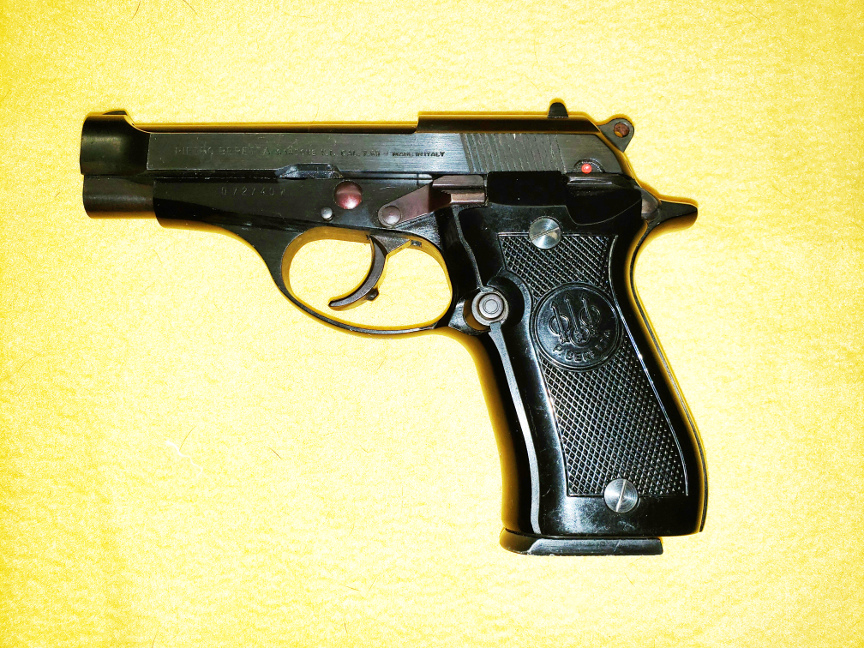 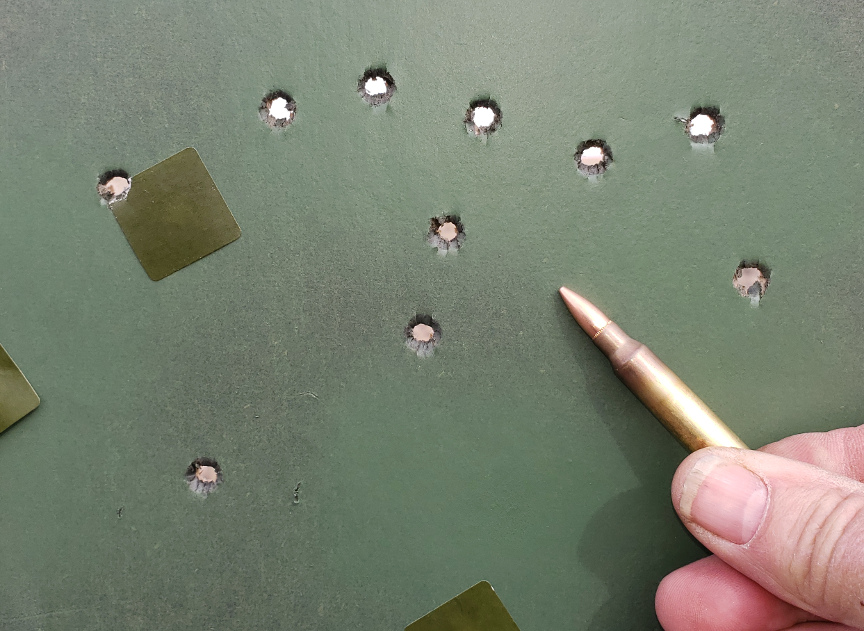 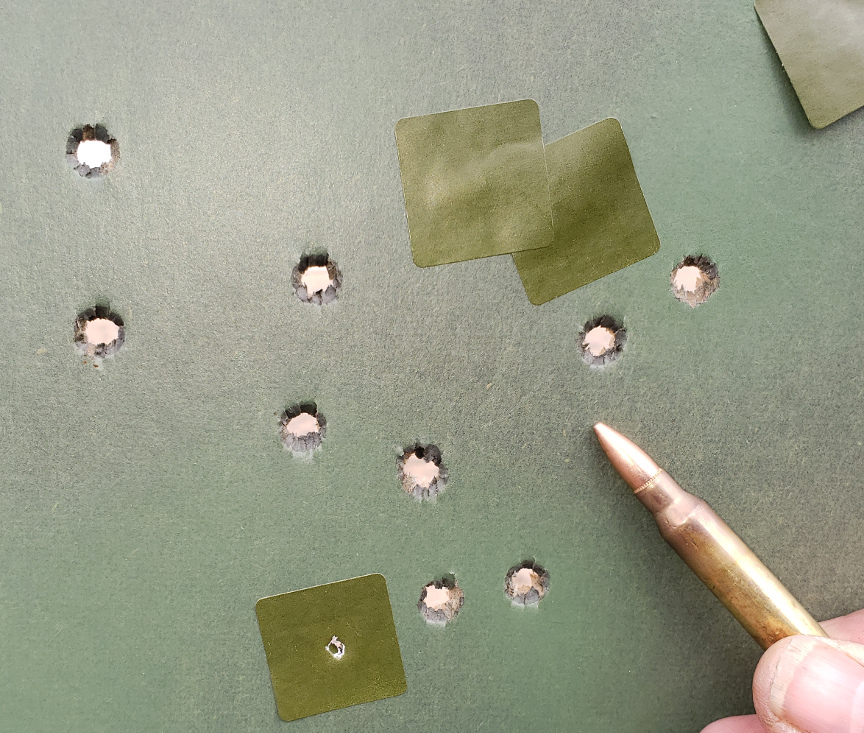 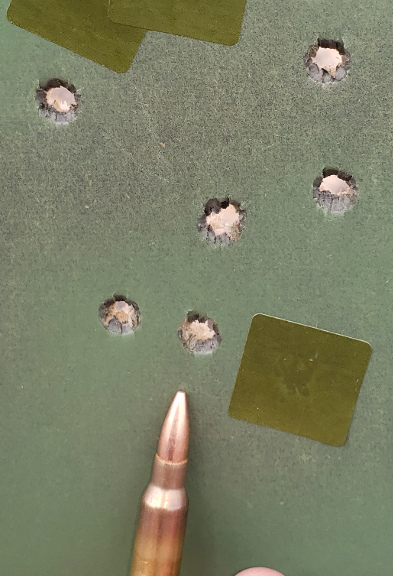 You got a nice one for sure. Interesting to hear it cycled .32 S&W. You often hear the warnings not to fire the ACP in revolvers chambered in .32 S&W, but I don't think I've ever considered the logical conclusion--that an ACP pistol will chamber and easily handle the low pressure revolver round.
Top

The holster showed up from Sportsman's Guide. Not too bad for 16 bucks.

I wouldn't mind having one myself but with no spare mags available out there makes me hesitant in getting one. What did the Itals did with their extra mags?
Top

I picked up two of the mags from Classic. They are near-new. Supposedly they are not Beretta, but they appear to be a high-quality magazine from the same police surplus lot. Function was perfect.
Frequently wrong, never in doubt.
Top
Post Reply
20 posts