Bought this refurbed Nagant revolver a while back. Got plenty of rounds to go with it when they were still available. All Tula star marked parts that I can see, nice shooter with a clean bore. Not sure on Nagant revolver rarities, but pretty sure this is one of the more common kinds to come across. Has the nice small import mark under the barrel, instead of the large billboard on the side of the frame. Overall a nice example that I'm not afraid to take out to shoot.

all I can say is https://www.youtube.com/watch?v=-_IlNbsILLE

Much better than this type of garbage:

' My good one is a WW II Army bring back from a neighbor.

you have one of the earliest imported NAGANTs that came into this country, circa 93. that is where CENTURY placed their import stamp, on the barrel. that's were 2 of mine are, actually they're on the bottom of the barrel not the side of the barrel


they were not very popular at all, folks looked at them as novelty guns, not something serious to collect, fact is I bought 2 of them for less then 100 bucks. the dealer has a price of 40 bucks each on them, and stated he couldn't sell those even at dealer cost, which was something like 40 bucks, so I helped him out by buying 2 of them

, a couple months later i bought another one again for 40 bucks

all are from different arsenal

one is a Czarist NAGANT 1915, PETER THE GREAT arsenal (TULA) 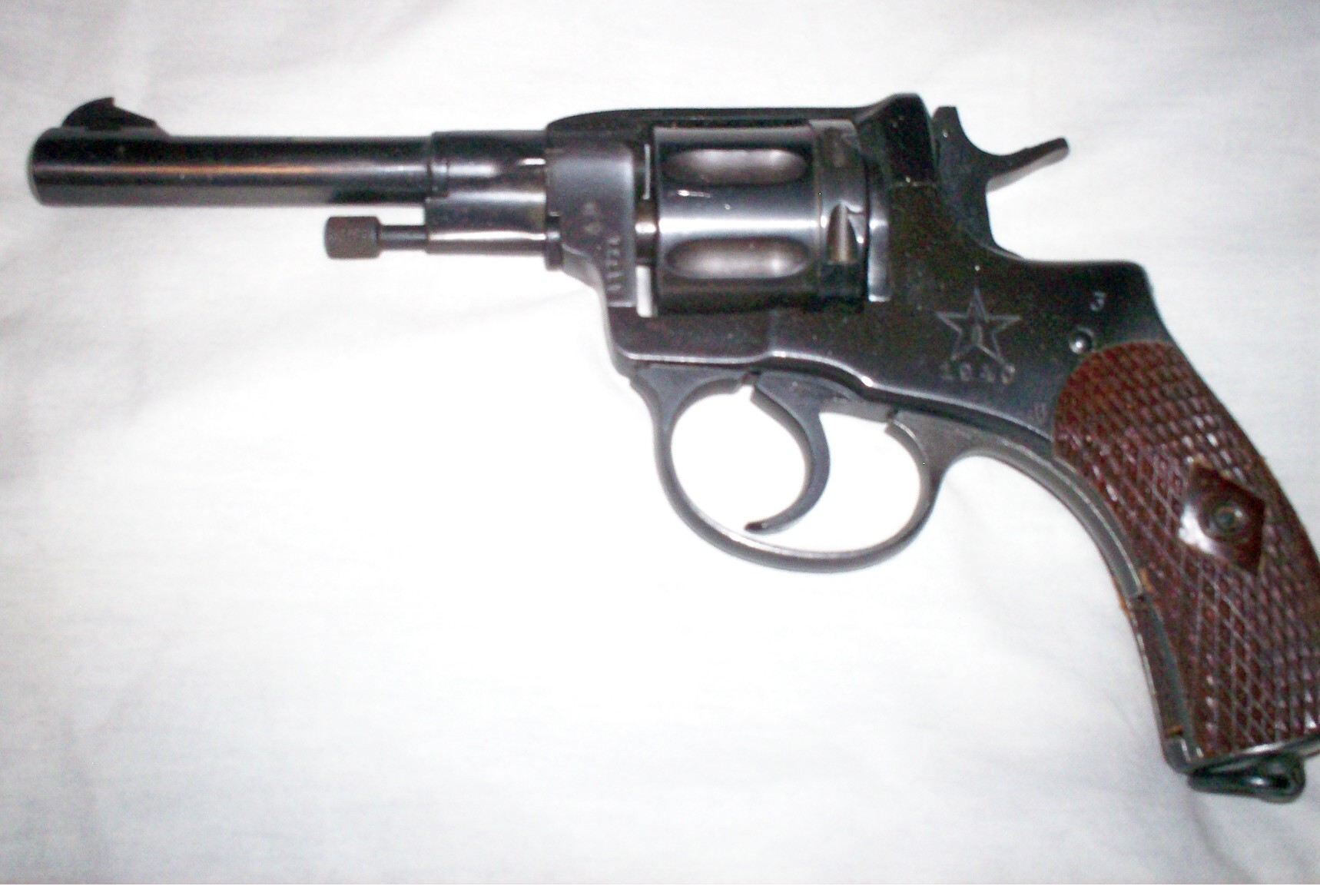 A 1944 from IZHEVSK arsenal

$40, I remember $79, and they could not give them away till Prvi started making cheep ammo. No one wanted to pay $40 a box for Fiocchi ammo. Nice to hang on the wall if lacking an import mark. The real crazy thing is that the last one I saw at a gun show had a price tag of $300 and a billboard import mark on the left side over the Russian markings. That was a common Nagant. Who in there right mind wants a Nagant for $300-350 unless it is an Imperial marked revolver lacking import marks.

I have a 1943 Nagant Revolver with "Tula markings" as well, however, after reading this article, I learned it may actually be an Izhevsk. Check it out for yourself. https://www.patreon.com/posts/37193481
U.S ARMY - Aviation Operations Specialist. 8 Years
Police Officer - Patrol Division. 5 Years & Counting...
Top
Post Reply
8 posts • Page 1 of 1