by DeaconKC
This was a very successful pistol for Savage, selling over a half million. The French bought a ton in WW1. this little pistol actually outsold JMB's 1903 in the US before the war. 10 rounds with very good ergonomics.

by Tuna
The 1907 Savage is a nice little pistol that many times is over looked. Accurate and easy shooting make then an all around fun gun.

by SWIHARTMARK
How is the recoil on one of those? I know the ones they made in 45ACP were brutal.

by spentprimer
These little Savages are one of my favorite designs. There are not many locked breech .32 acp pistols around, but, this is one of them. Easy take-down for cleaning. Ten round double stack magazine yet small enough for the Mrs. to handle easily. Recoil is easy to control.

by DeaconKC
As stated, the recoil is very mild, a fun shooter.

by garra
I just lucked out and found some original magazines on GB, guy still has 2 left if you are looking for a spare.

by cwo4uscgret
Here's a great link to a website with a lot of information regarding the Savages...

I have three of the 1907 .32 ACPs; including Serial Number 87. I thought maybe that it would have some special history to it; but it was sent to a midwest hardware store! by garra
Do you have any with the early magazine release?? The front rib of the handle had a recess like a finger relief so the magazine could be dropped by depressing it with your ring finger. these used the lower cut out you see in the magazines. They were changed to the later style you see with the release activation on the bottom of the butt, pretty early in production.

by capt14k
I picked up one for $50 not too long ago. Cost me more for an original .32 magazine. For some reason mine had an original .380 magazine in it. Maybe the previous owner had one of each and mixed them up after cleaning?


Sent from my iPad using Tapatalk

by Kevinofborg
I was surprised to see this pistol in the French Pistol section and not the US Pistol section but I guess I can "French" it up a little.
Some of the data is from the book Savage Pistols by Bailey Brower Jr. Stackpole Books 2008C

Bailey and others class the Savage Model 1907 into several variations or modifications to which the French Military ones from WWI are called the Modification No. 3: Military Contract. S/N range 105000-130000 and 136000-167000 with between 30000 to 45000 produced between 1913 and 1917. The serial number and the lanyard ring being the best way to tell if you have a French Contract Pistol. It is noted that the serial numbers did over lap with the Commercial Modification No.2.

So what was the French Contract, well Savage produced between 30000 and 40000 pistols for France with the first ones coming from the commercial inventory. Of the approximately 3300 pistols sent to France in November 1914 most came from the S/N range 110500 to 113600. Another shipment of about 3850 in September 1915 had the lowest serial number of 118475 but most were between 121000 to 124000. Again no special markings and over lap with the serial numbers from the ones sold commercially. We the French were glad to "find" that Savage had extra pistols in inventory but they needed something cause they were hard to get out of the holsters. So some prototype lanyard rings were designed, built and fitted and approved....We are now at the Modification No 3 stage. So Savage started to crank them out.....with most of the French contract pistols falling in the 124250 to 129999 and 150000 to 166742 serial number blocks with the first block shipping in the September 2015 time frame and the last shipment in the February 1917 time frame. BUT Savage did have about 500 of these Military (Mod No. 3) frames made so what did they do well not throw them out they used them to build some 1907s and sold them in the good old USA.

That is a fair amount of words so lets see some pictures!

by Kevinofborg
A few more.

by scoobysnacker
Here's the only shot I have of mine.. I got it pretty cheap, and it was missing the right side grip. I found the replacement grips, and have taken it out shooting since then.

It's reliable (no failures) with Fiocchi 7.65mm, but it just sprays the bullets out. I get "groups" of maybe a foot or more, at 7 yds. In comparison I can get groups the size of a quarter with my son's CZ 27. 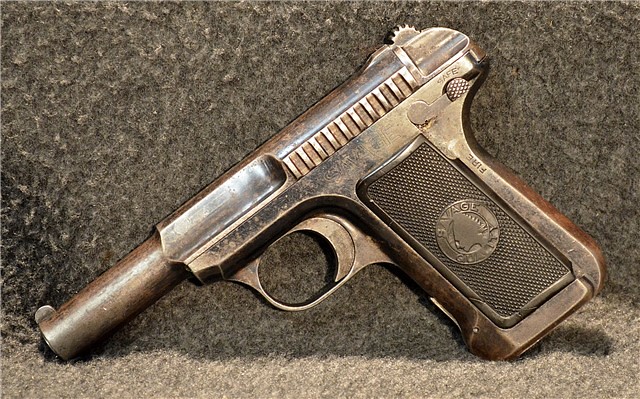 Will try PPU next.

I don't THINK the barrel's shot out or the crown is bad, but we'll see. I'm not a super marksman, but I'm usually better than that.

Edited to add- scratch that, the Fiocchi and the barrel is fine. It's mostly my almost-50 yr old eyes, my vision is changing right at the point of focus, distance-wise, for the front sight. This prescription change has been happening over the past few months or so, and I've been waiting for it to settle in before getting a new pair of glasses (I guess my first bifocals

). With my other pistols I can make the front sight out better, and also my feel for the grip alignment is more unknown (I barely need to see my CZ 75, it just points where my grip intends it to).

I determined this today, after cleaning the gun down and going to the range again, this time doing everything I can to ensure the gun stayed in precisely the same position. I sat, braced and put a box downrange, and the spread dropped considerably. 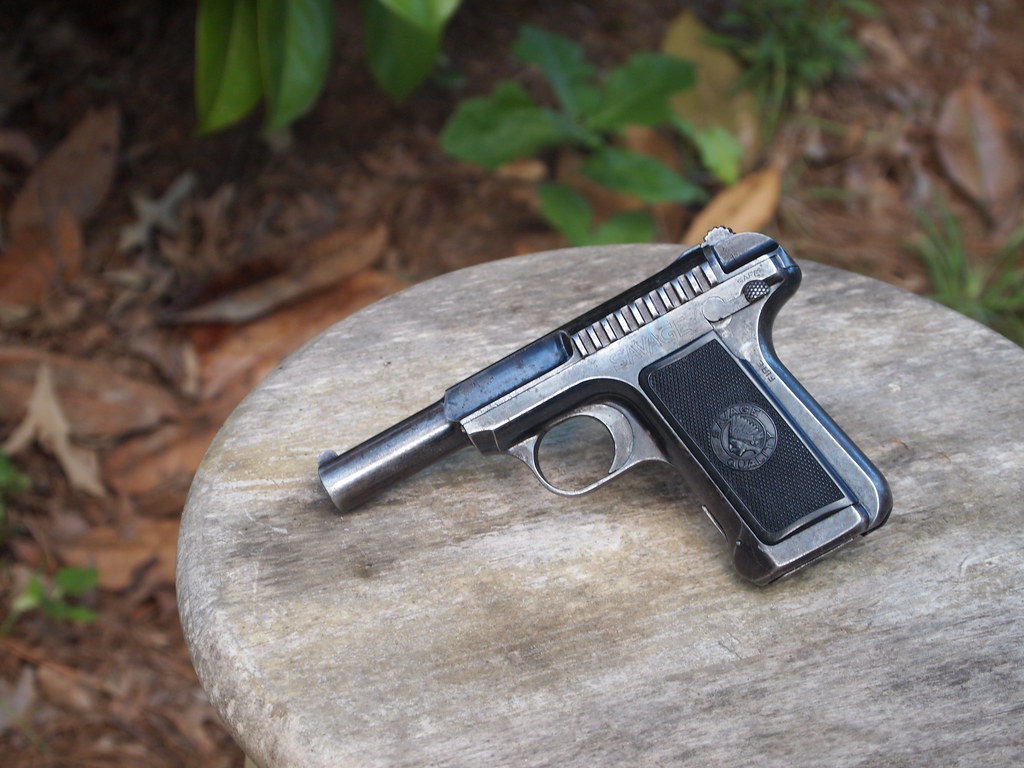