Took this out for a spin today , really enjoyed how it shot. 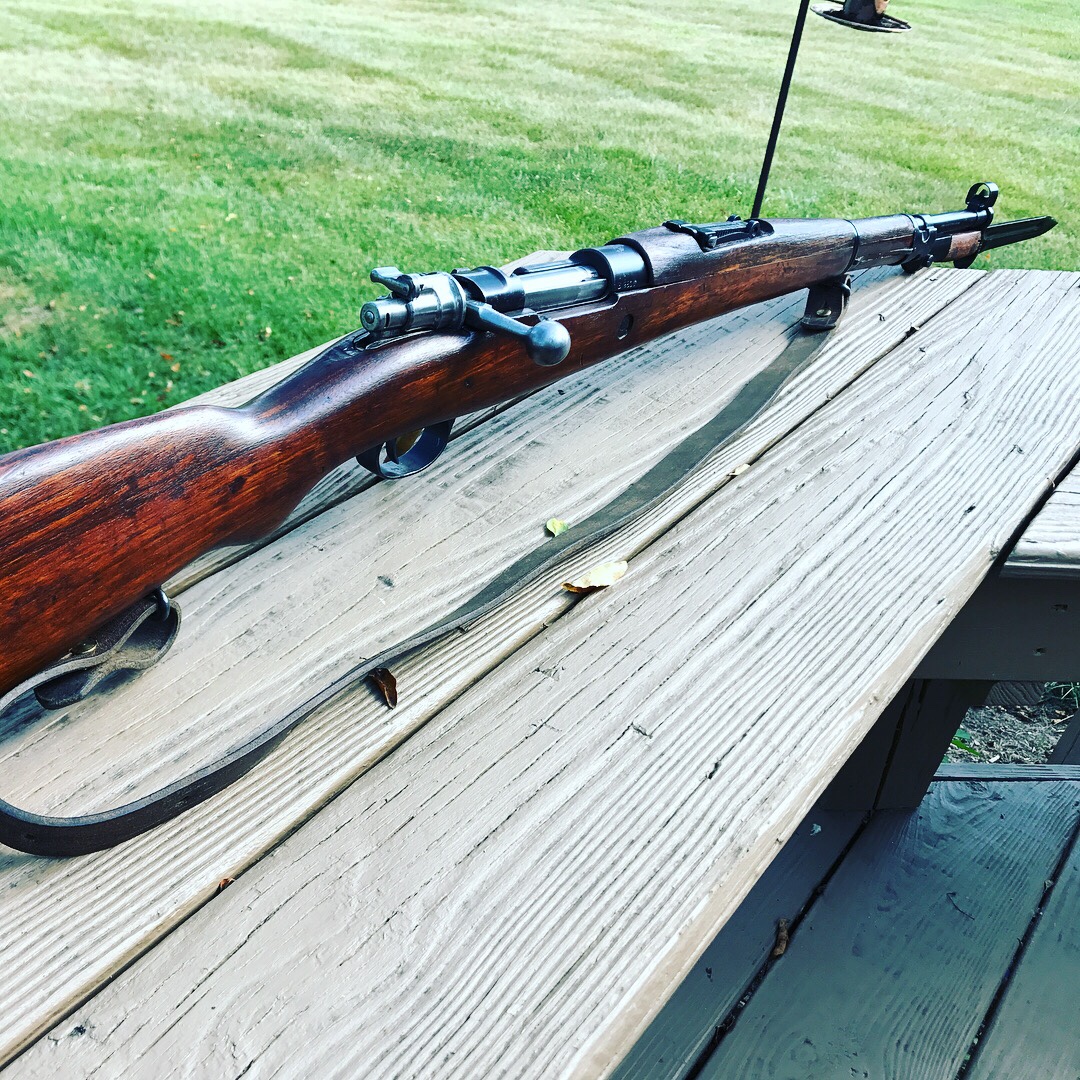 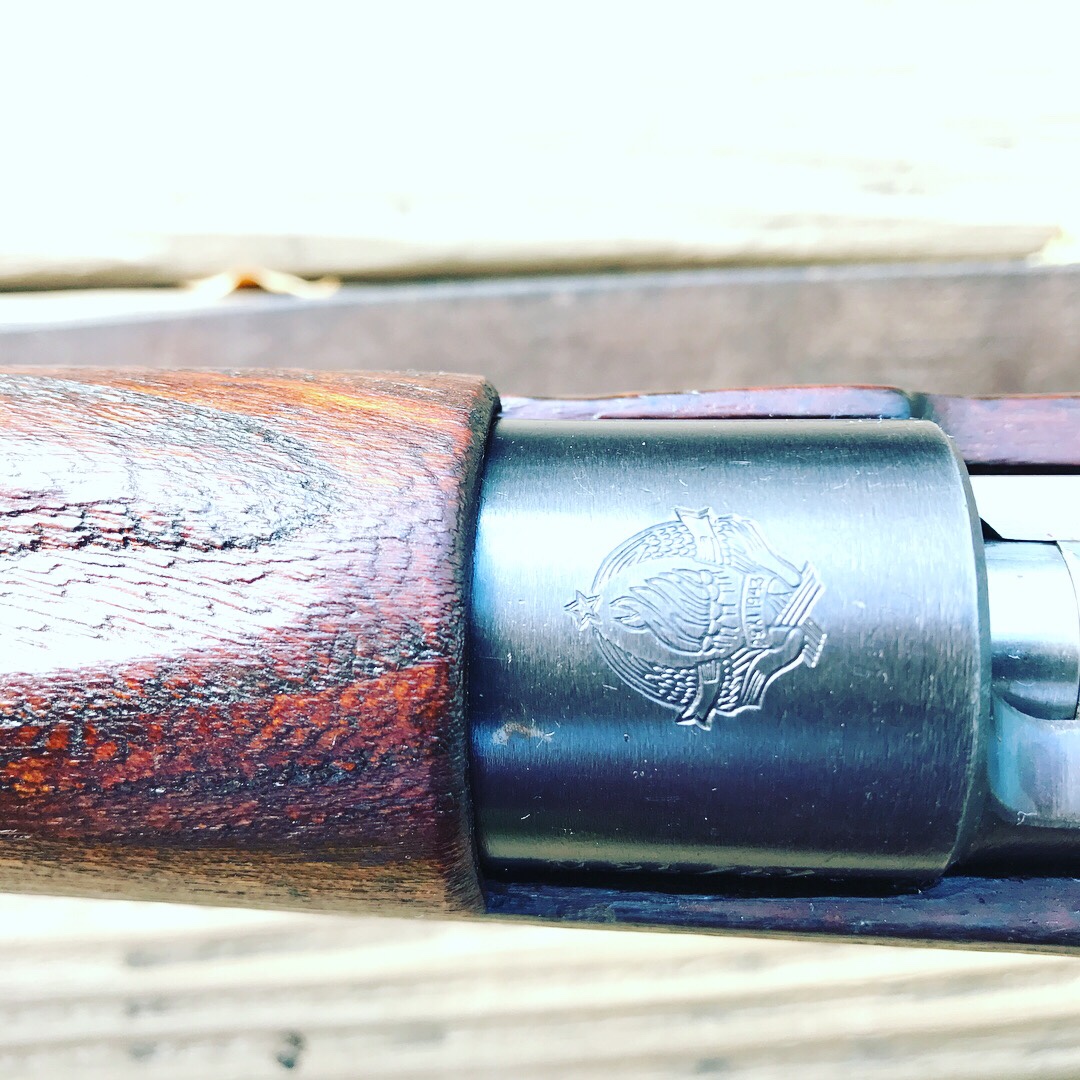 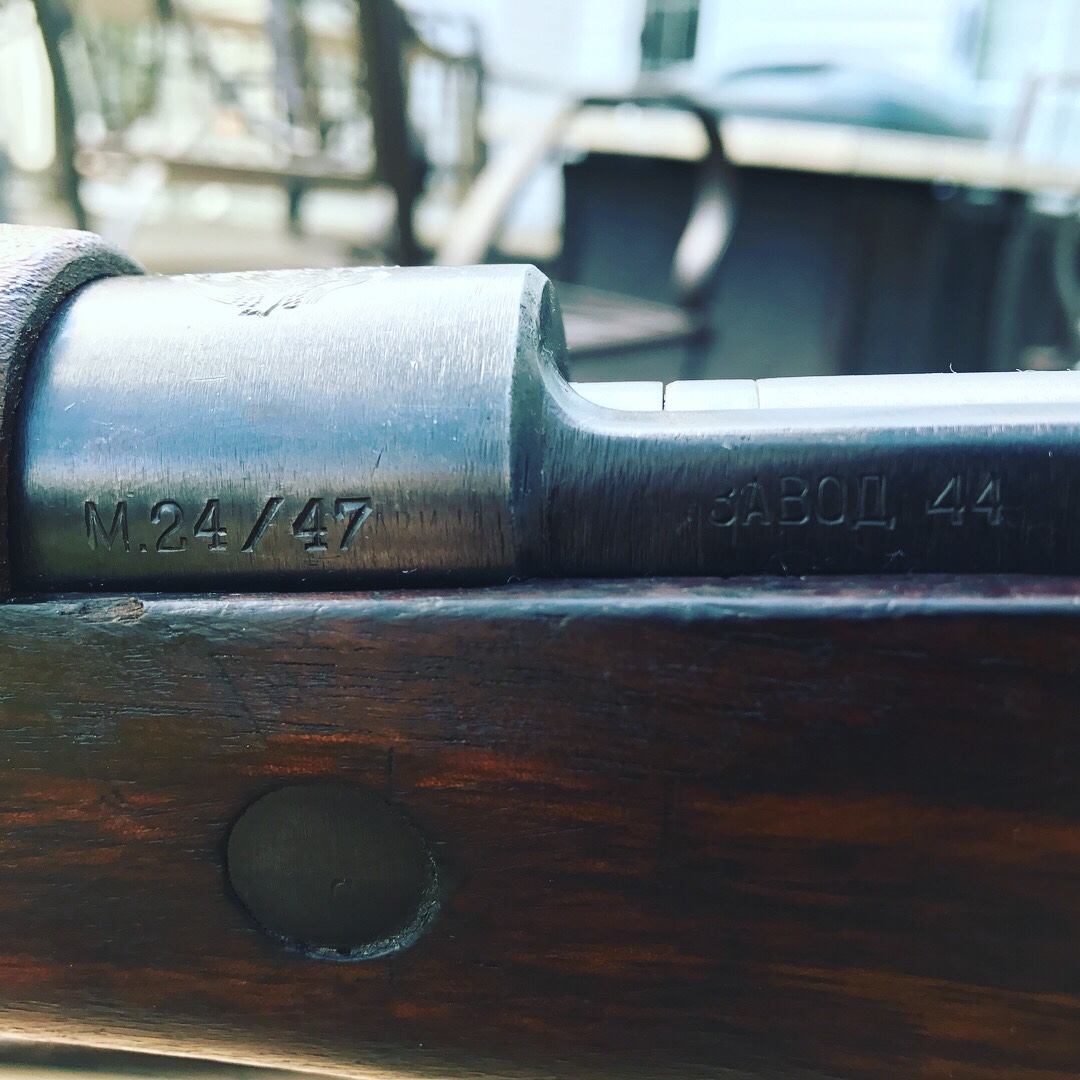 These are nice rifles.

I think Yugo mausers are some of the most underrated surplus rifles available these days. I have had a M24/47 and a K98 refurb and they both shot very well. I ended up selling the M24/47 to a good friend of mine so he could get in on milsurps.
“We don’t rise to the level of our expectations – we fall to the level of our training” - Archilochus
Top

that's a good looking rifle, btw. The stock looks to have some character. Any more pics?
Top

that's a good looking rifle, btw. The stock looks to have some character. Any more pics? 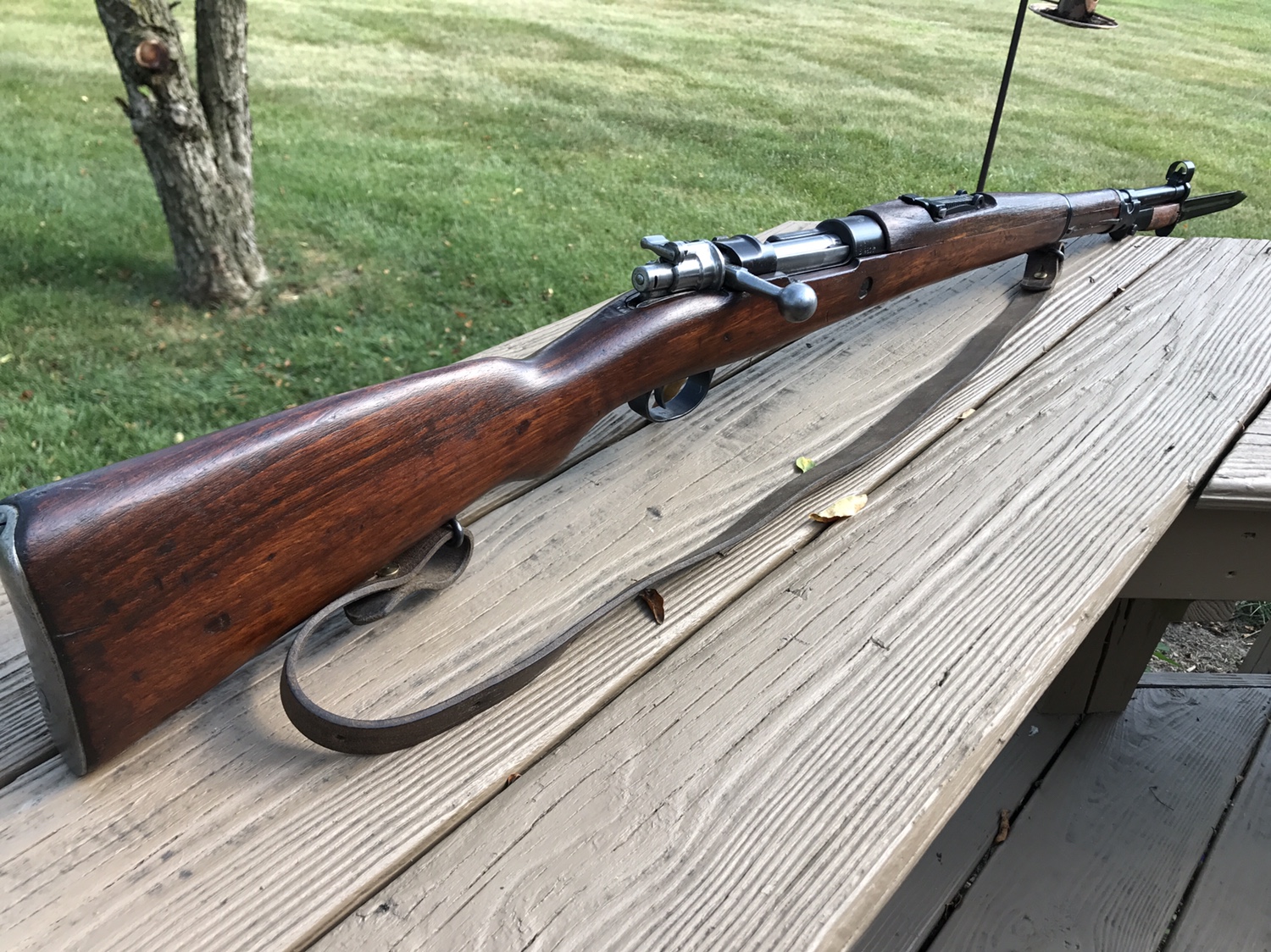 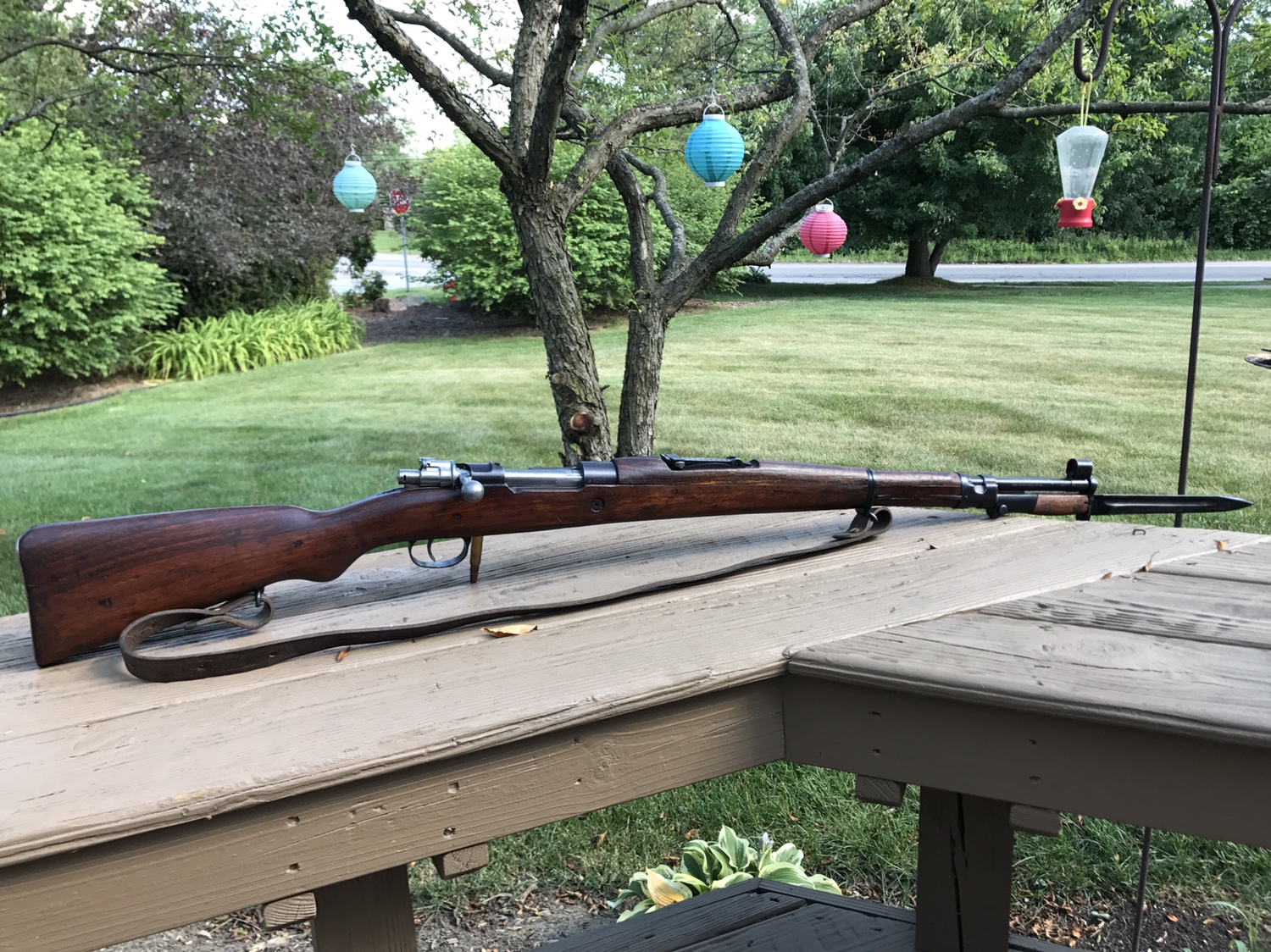 Thanks!The stock is perfect ,the right amount of character as there should be in a milsurp but still in great solid shape !

Thanks for the additional pics.

I love the look of a stock like that.
Top

IMHO one of the better values on the MILSURP market
Top

I've not found a Yugoslavian rifle that I haven't liked. Yes, I even like the 59/66 SKS

Our local gun store, Sunrise Pass Arms, just sold me one for $150, which was full of cosmoline so he didn't want to deal with it. Cleaned it up with carburetor cleaner, and soaked the bolt in same. Looks much better, and the bolt and action is smooth. No bluing left on it, but the bore looks great! Wife did not know what to get me for Christmas, so I said This is it! So it is in a box with a ribbon on it under our tree.
Top

I own a couple of Yugo Mausers. Both are in very nice shape, and both shoot quite well.

Sounds like you got a great deal, too. Congrats, and enjoy.
Top

Very nice! I really like stocks like that.
In case you don't know, that's an early one. The Yugoslav refurbishing program began in 1946 with German model 98s, and starting on their model 1924s in 1947 as the M24/47. At that time, the arsenal stamp you see on the receiver there was the standard. It was changed in Sept. of '47 into the familiar PREDUZECE 44 (IN Cyrillic form at first) so your rifle was produced prior to that. That is the primary arms works at Kragujevak in Serbia, by the way.
Strange; We are asked not to judge all Muslims by the actions of a few lunatics but, we are encouraged to judge all GUN OWNERS by the actions of a few lunatics.

Is that teak? I had a 24/47 many years ago that looked similar in the stock department. Was definitely a well made machine. I sold it quite s long time ago, but have a 24/52c in its place.
Top

They are in the top 5 accurate 8x57 m/m Mauser types out there. I've shot mine at 800 yards and it did very well with the 198 grain bullets.
Tin Can Sailor
'Nam Vet
NRA Endowment Member
President New Mexico Military Surplus Rifle Pistol Shooters
Top

There are NO teak stocks. That is a Mitchell's Mausers ad claim that quite frankly is nothing more than a good olde fashioned 'bald faced lie!

Now, there was a case of Yugoslavian made sks rifles stocked in teak. It was a limited order from an unnamed African nation who supplied the wood for the stocks. There was no excess to have been used for anything else.

Yugoslav stock woods used through WWII was walnut. about the first 10,000 M48s were said to have been stocked in walnut but then they switched to elm, most commonly recommended was "Carpathian elm" but I don't know enough about woods to say for sure. Also beech and oak were said (by Branko Bogdanovic) to have been used but, I have my doubts. Later sporting rifles made from parts from the military Mauser programs by Zastava were clearly stocked in Beech but I have never seen (in person or photo) a Yugoslav military long arm so stocked. As for oak, I have seen a number of straight grained elm stocks that I would have SWORN were oak. But, a look under the butt plate will prove otherwise.
The ringer in all this is that I have seen quite a few, and in fact own, a walnut stocked M48B. By all accounts, this should not be. but I have seen too many to consider it a fluke and in most cases it's pretty sure that the stocks are original to the rifle and not a later replacement.