I picked this rifle up last week off Gunbroker and am very happy with what I received. It was a risk, with pretty iffy photos, but it was a penny start auction and only went for about $160.

It's a matching, late 7th series Nagoya Type 99 in basically unissued condition, looking like it just came out of the closet with only minor surface rust. It's all matching and the screws are still staked. This series is when Nagoya standardized the last ditch pattern, with the last 5,000 or so having the fixed peep sight. The rifle also features the short length extractor.

Only way this rifle could be improved is with an intact mum. Overall I'm very pleased, and it goes to show there are still deals on really nice rifles. 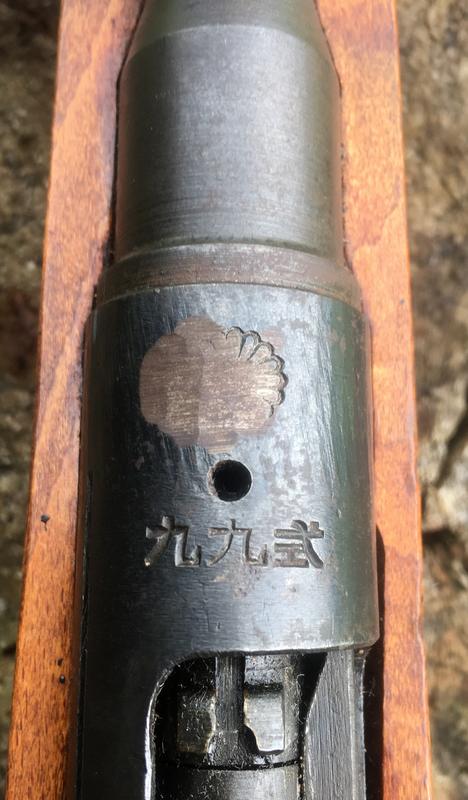 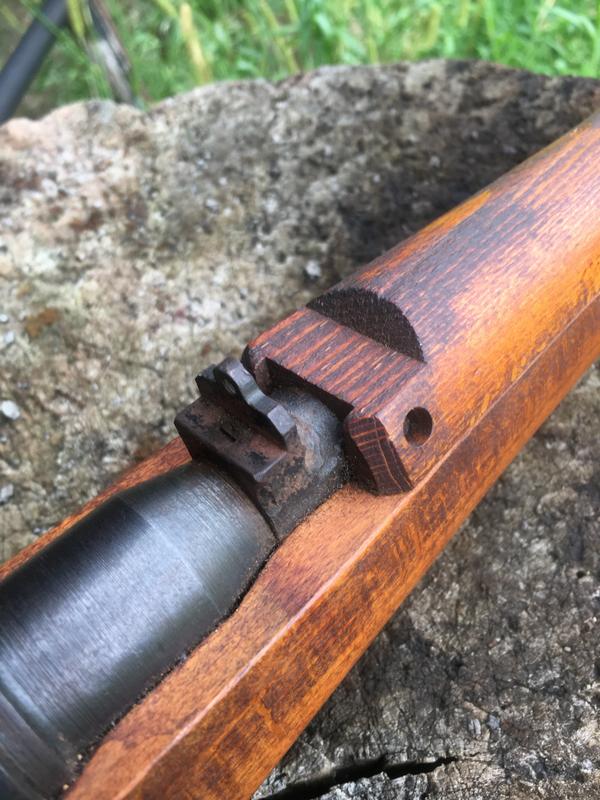 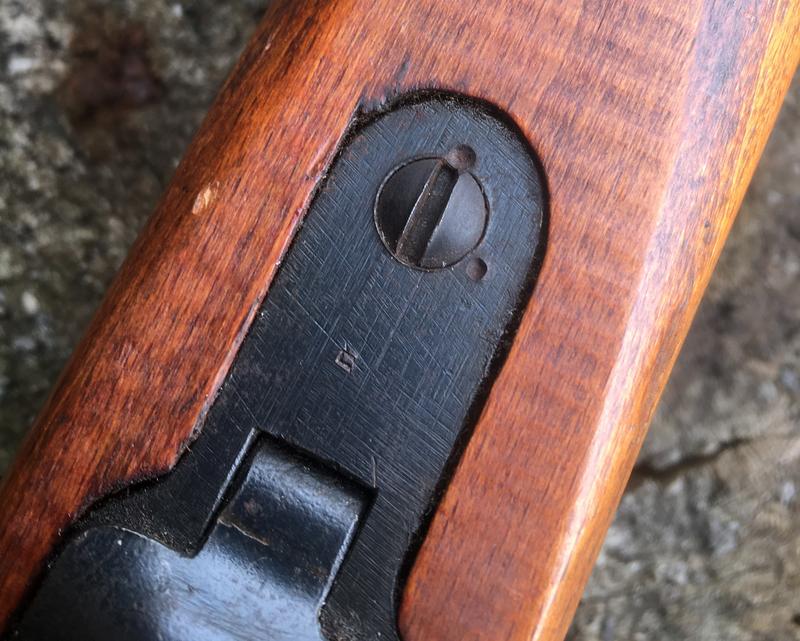 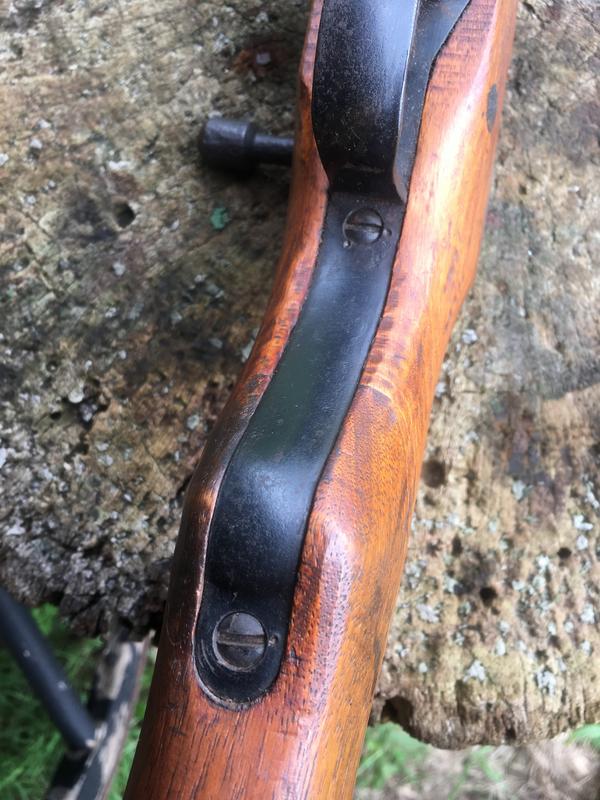 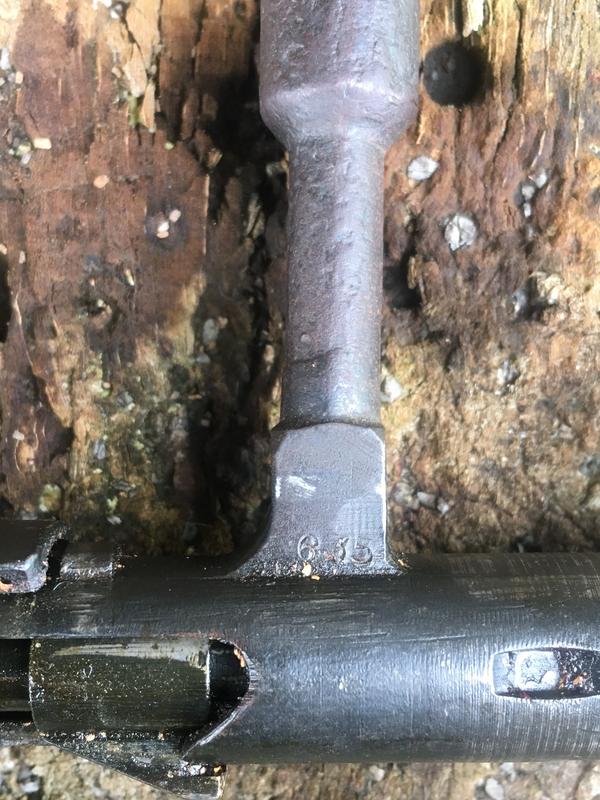 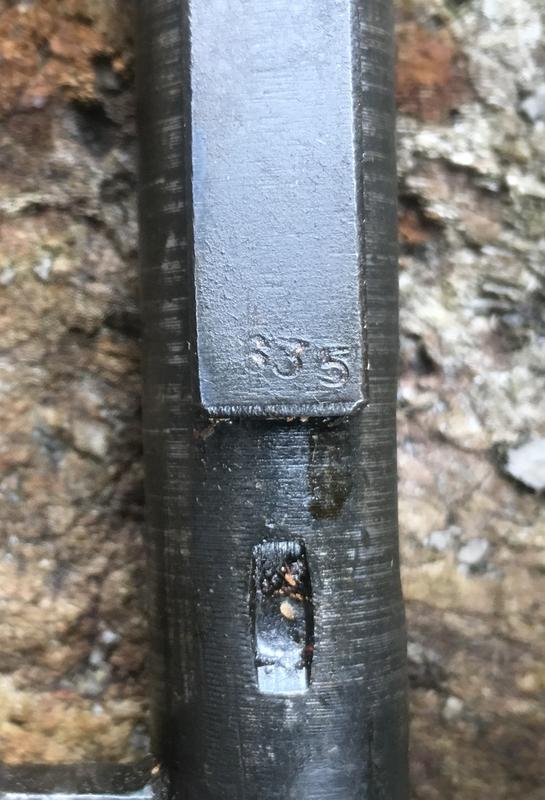 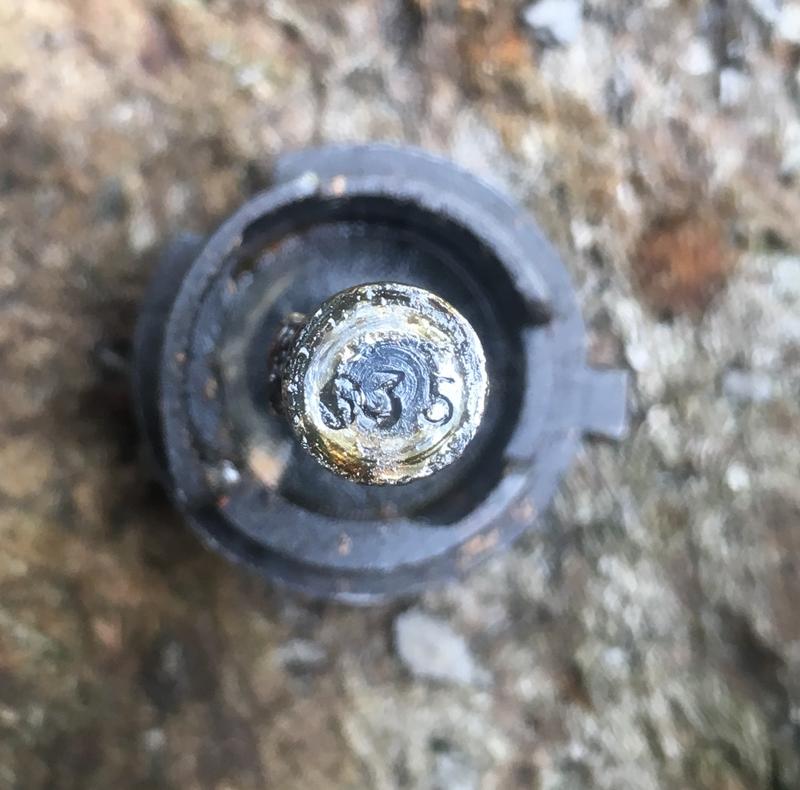 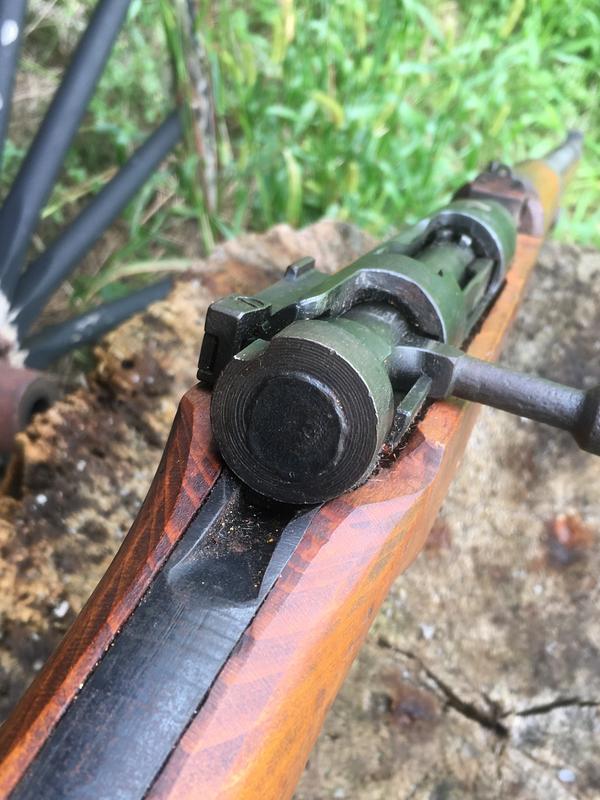 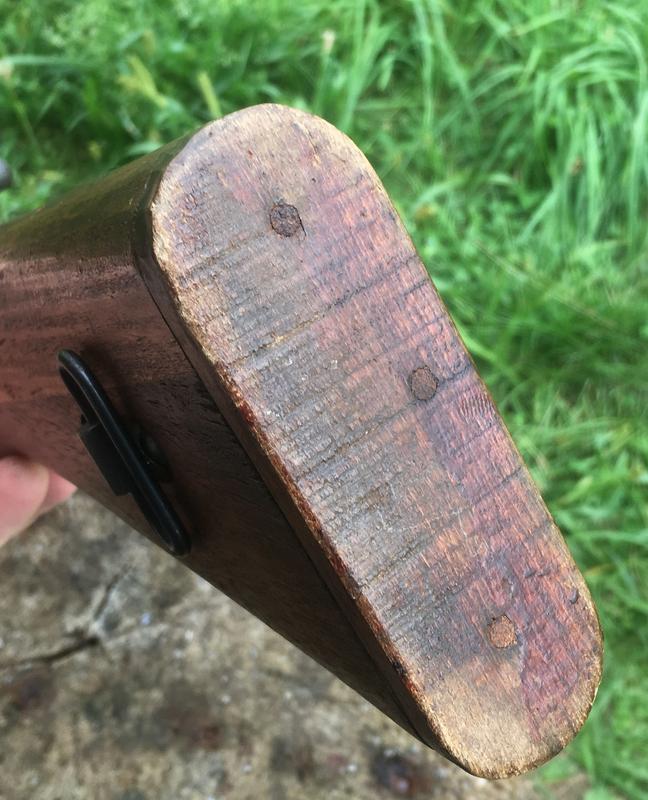 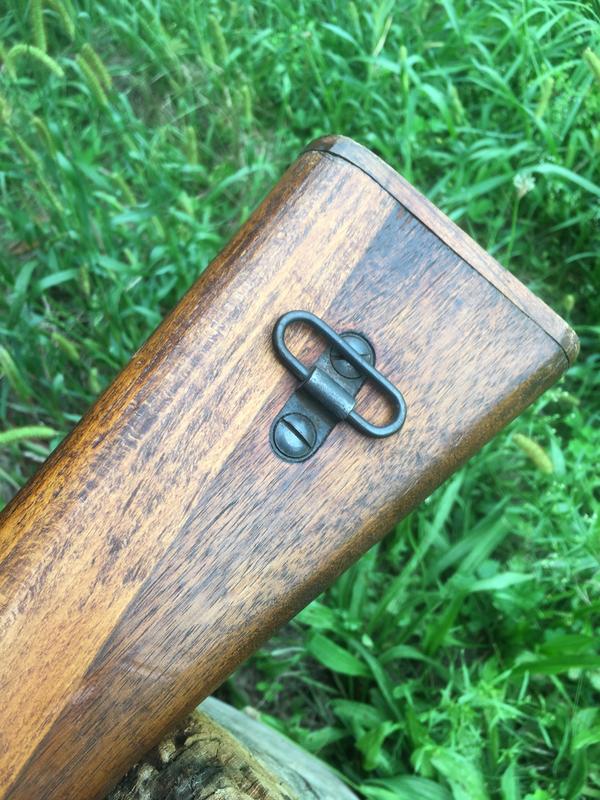 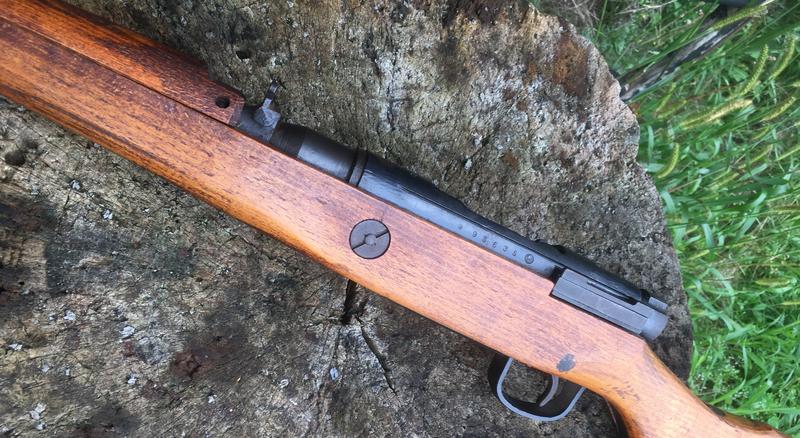 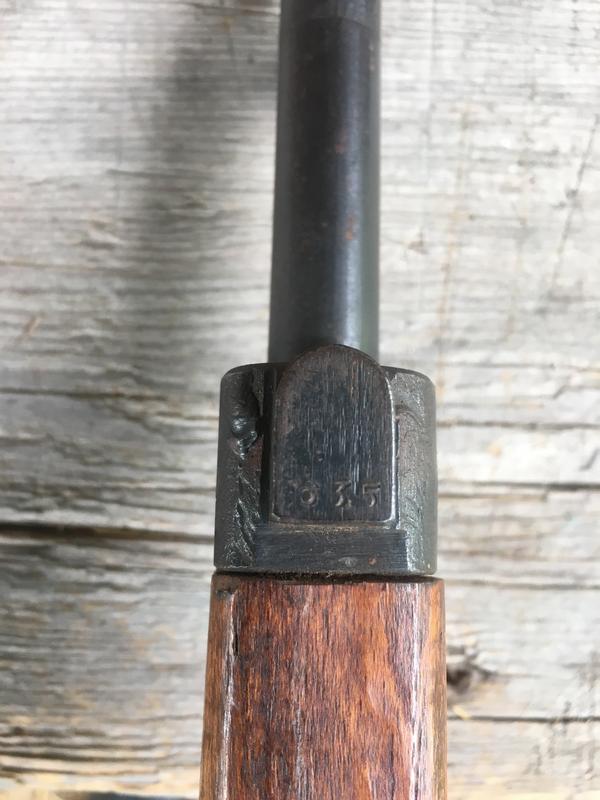 Why do you call this a last ditch rifle? What would you say classifies it a last ditch? Looks in same condition and period as one I bought off this very forum when, I was looking for an Arisaka for my collection?
Steve
Top

It's not a true last ditch gun. It's known as a "Substitute Standard". It was made using less material and abbreviated manufacturing methods. Examples: Not finish machining the bolt knob, a wooden buttplate, a fixed rear sight etc..

I think that I have this guns brother at home. I will check the serial number tonight and see how close it is. Mine looked un-fired when I got it but, I could not substantiate that one way or, the other so, I fired a box of 180 gr cast lead reloads that I had. (Actually just 18 of the 20)

“Any society that would give up a little liberty to gain a little security will deserve neither and lose both.”- Benjamin Franklin
Top

In another thread I asked about last ditch Arisakas and my understanding is now, there was never a last ditch Arisaka but, several changes were made to them through out the war and this term was slang and what the G.I.s were calling them(for lack of a better term)? As the was of attrition waged on, Japanese resources were down to just a fraction of what they had hoped for, hence the short cuts to the Arisaka rifles? Over all quality never suffered IMHO and probably Julius Hatcher's either.
Steve
Top

Ok, I checked mine last night and, although, it is the same series and manufacturer, the serial numbers are quite a way apart. In fact, mine is only 4 digits not, 5.
OP, your's is 95635 and mine is 5497 but, mine looks exactly like yours except for a couple of slight dings in my stock.

The story on mine from the guy who sold it to me, as told to him by his grandfather, was as follows. His grandfather was in the Navy and his ship was moored in Japan in 1945 or, possibly early 1946. His grandfather told him that one day they were filed off of the ship and marched to another pier. When they got there, there were several former Japanese soldiers with crates of rifles and bayonets. As the sailors filed through, the soldiers, with a grinder set up, would deface the "MUM" and hand each sailor a rifle and a bayonet. Without some sort of documentation, it was a neat story.

I told him that I would be happy to pay him more but, he declined saying that I was doing him a favor getting them out of his house.

I told him I was glad that I could help.

If your rifle is " exactly " like his , with a 4 digit serial number it is either not a series 7 or is not exactly like it .
Top

It appears to have the same markings as the 3rd pic above before and after the serial number. My eyes are getting old and I could be wrong so, I'll re-examine it again tonight.

Anyway, I will still double check mine again.

So, what would that mean if I go home tonight and do in fact verify that mine is a Series 7? It probably isn't but, I could have sworn it was when I glanced at it last night.

Working 12 hour shifts doesn't give me the time I would like have to really check things like this out.

None the less, the two rifles look like twins to me.

Just chalked it, back lit it, used a magnifying glass and determined that it is a Nagoya Series 8. Thanks for keeping me straight slowbob.

p.s. This is the mark I found:

“Any society that would give up a little liberty to gain a little security will deserve neither and lose both.”- Benjamin Franklin
Top
Post Reply
12 posts • Page 1 of 1